Previous Next
Pieces of Eight 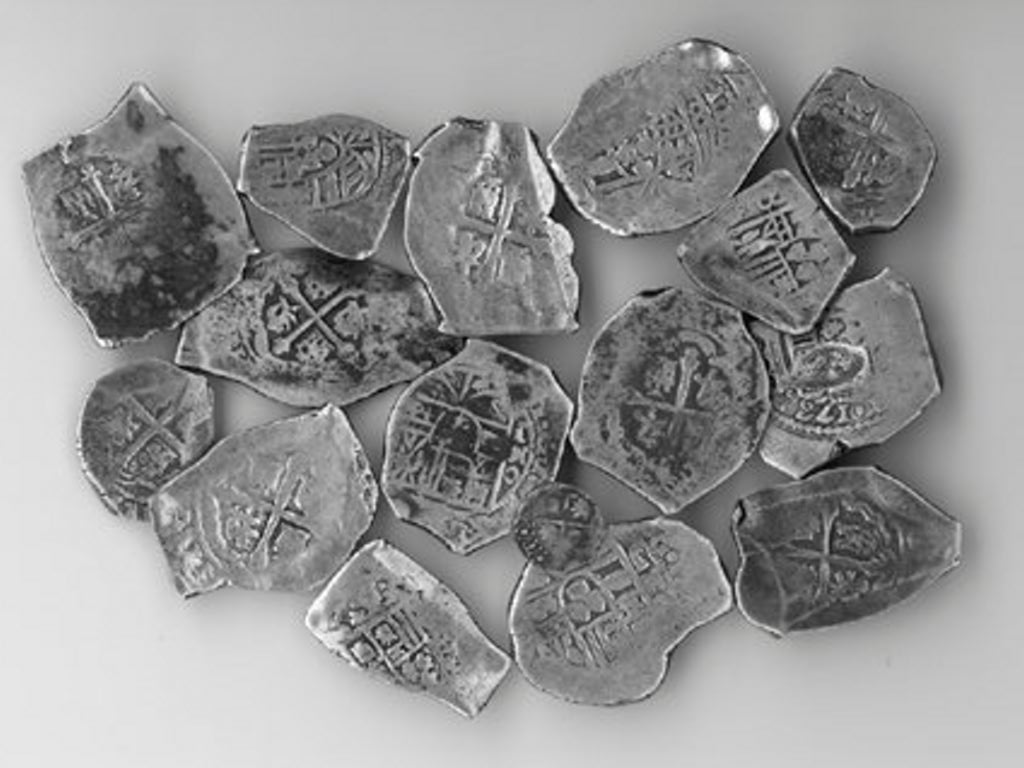 The legendary pirate coins known as “pieces-of-eight” were actually silver “dollars” made by native American craftsmen in Mexico, Peru, Colombia and other countries in Central and South America, who had been enslaved by the Spaniards. The coins were produced for approximately 300 years.

“Dollar” was simply the English spelling of the same size “Thaler” coins produced in the Spanish controlled Netherlands. The letters “Th” being pronounced as a “D”.

Until 1732, when heavy screw coin presses were introduced in Mexico City, all New World coins were individually cast or hand cut and stamped. The most famous coins were the irregular “cobs”, cut from a thin bar of silver, that had been heated red hot and hammered flat. Most cobs were stamped with the cross of the Catholic church on the reverse side and the coat of arms of Spain on the obverse side. “8” was simply the coin’s denomination in “reals” and sometimes appeared on the obverse side along with the date. Other denominations of cobs included 1/2’s, 1’s, 2’s and 4’s. (Note: although it is technically incorrect, even the smaller sizes are frequently referred to as “pieces of eight.”)

Gold coins came in the same denominations but were called escudos. The Spanish “eight escudo” was also known as a doubloon.

Because few of the people manufacturing them could read, they sometimes got the dies mixed up and stamped the wrong denomination on the metal blank. (My wife wears a 4 that is stamped with the design for an 8.) The important thing was that the stamp marks attested to the purity of the silver, and the fact that taxes had been paid to both the church and the royal family.

A single silver dollar or “piece-of-eight” was considered acceptable pay for two week’s labor in the 17th century.

Store owners kept jeweler’s scales handy to prevent being cheated by “clip artists” or “chiselers” who fraudulently clipped or chiseled the corners or edges of the coins.

Despite stories to the contrary, pieces-of-eight were not routinely cut up by merchants to make change, although some were recut by local governments, jewelers, or at private or official mints to meet the local needs for more smaller denomination coins. Such coins are frequently stamped with an additional tax mark or assayer’s mark.

The manufacture of coins with screw presses, allowed for perfectly round dollars to be made with “reeded” or inscribed edges. Such edging made tampering obvious and store owners no longer needed to weigh coins.

Despite the fact that, for most of the colonial era, there was no legal trade between Spain and Great Britain, British colonists used more Spanish dollars than pounds sterling. Their only source for the Spanish coins was through pirates and smugglers, who actually brought their ill-gotten booty into ports like Charleston, South Carolina, and advertised it for sale in the newspapers.

At one point, just one piece-of-eight on an American ship was considered sufficient proof by the Spaniards that the Americans were pirates or smugglers and the Spanish “Guardacosta” would confiscate the whole ship (just as the U.S. Coast Guard now practices zero tolerance, confiscating million dollar yachts found with even one “joint” aboard.)

When the “thirteen colonies” broke away from England, the United States adopted the Spanish dollar (“piece-of-eight”) as its standard monetary unit. For convenience, the United States divided its dollar into 100 parts rather than eight. The amount of silver in the new “American” dollar, half dollar and quarter dollar coins was meant to put them on par with the Spanish 8, 4, and 2 “real” pieces.

Sometimes single galleons carried as many as 2,000,000 individual coins with a total weight of over 60 tons. Even though Spanish galleons were typically well armed, when they were heavily laden with gold and silver, they were a tempting target for pirates and privateers.

During the early 1800’s Spain’s rule in the Americas came to a bloody end as revolutions tore through Central and South America. The treasure fleets, which had been sailing annually for almost 300 years came to a screeching halt. With no more silver galleons to pirate, there was soon a shortage of small coinage in the United States and some banks printed paper money in denominations of 12 1/2 cents, 25 cents and 50 cents to replace it.

Holes were frequently drilled in pieces-of-eight so they could be sewn into the lining of clothing for smuggling or as protection against theft and tax collectors.

Pieces-of-eight continued to be accepted as legal tender in the United States until about the start of the American Civil War (Late War of Northern Aggression).

Even Today, many old timers still refer to a quarter of a dollar as “2 bits”, and until fairly recently stock prices were quoted in eighths, quarters, halves and dollars on the New York Stock Exchange.

In high school we all chanted “2 bits, 4 bits, 6 bits, a dollar, all for our team, stand up and holler”. Even when Federal law was changed, and the old coins were no longer legal tender, they were still highly valued.

Because of their unique appearance (no two cobs were ever exactly alike), and the high purity of the silver in them, people frequently gave them to friends and family members as friendship, wedding, and graduation gifts. As such, they were treasured and eventually became thought as “good luck pieces”. As long as you had one, you would never be broke.

The value of these handsome hand made coins has sky-rocketed. A dollar sized, silver, piece-of-eight from a famous wreck like Mel Fisher’s Atocha in “number one grade” condition can bring well over a thousand dollars. Many of the gold doubloons now go for tens of thousands of dollars. One unique silver piece of eight recovered from a wreck in the Bahamas was actually appraised at over one million dollars.

Pieces-of-eight have been found on virtually all of the beaches of the Americas. In most cases, these coins are washing ashore from nearby shipwrecks. I live in the Carolinas and it is my belief that millions of dollars in pieces-of-eight will one day be found on a Spanish galleon in the shallow coastal waters of North or South Carolina.

Next time you watch a re-run of Robert Louis Stevenson’s classic Treasure Island, listen to Long John Silver’s parrot squawk “pieces-of-eight, pieces-of-eight”. And when you go to bed, dream, dream of adventure and treasure. 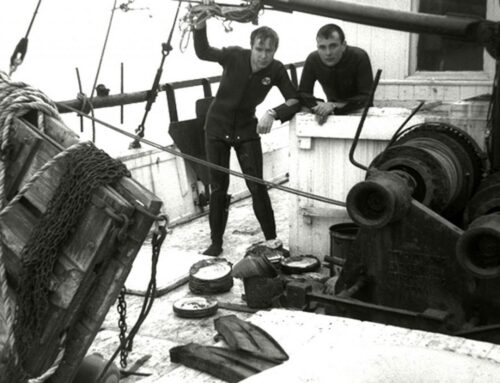 Discovery of the Georgiana Gallery

Discovery of the Georgiana 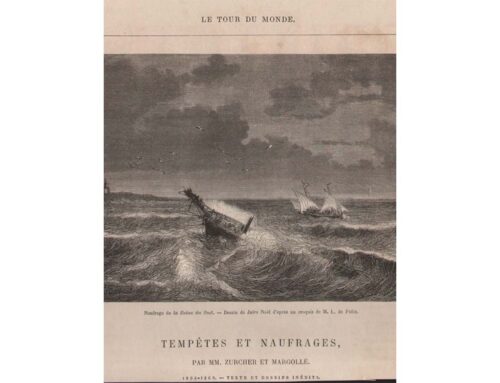