Next
Causes of Shipwrecks

The average person believes that most shipwrecks lie in deep water, beyond all but extremely expensive, well equipped expeditions. They think most were sunk in wartime or by pirates in blazing cannon duels. Nothing could be farther from the truth.

The majority of all shipwrecks are caused by the ship simply running aground on rocks, a coral reef, a sandbar, or even another wreck.

If a ship’s hull wasn’t broken open when she struck, she was usually lost if she couldn’t be gotten off before the tide went out. Falling tide became a curse that put even more of the ship’s weight on the jagged rocks or coral clawing at her bottom.

Even on a “soft” bottom, the ship would settle deeper in the mud or sand. Resulting suction frequently held her like glue. In some cases the tide would fall so far that a ship would lay over on its side. The returning waters simply flooded her instead of floating her. The crashing waves of an incoming tide can hammer a vessel to pieces in a matter of hours.

Usually, a wreck’s cargo, whether gold or guano, merchandise or munitions, is scattered and buried in waters no deeper than her draft. I believe that well over two thirds of all shipwrecks came to rest in waters barely deeper than the deep end of your average swimming pool.

Wrecks were also caused by other factors.

The loss of the vessel Sally, Captain Mathews, bound from Lisbon to South Carolina, near St. Augustine, Florida, on February 22, 1773, was attributed to a snowstorm. All of her crew perished except the mate. But, whether she actually foundered due to ice or high winds, or simply ran aground in the blinding snow, isn’t mentioned in the original records.

In 1769 a small boat was sunk in Charleston by a “Devil Fish” (probably a giant ray) getting tangled in the crafts anchor line and towing it for two miles, before swamping it and drowning two of her crew.

In 1812 a mob protesting against vessels trading with the enemies of the United States, sank a vessel at Savannah, Georgia, after killing some of the people aboard.

But, by far, the most unusual cause of a ship’s loss had to have been dried peas getting wet, swelling, and bursting the hull of the schooner Augustus Moore, near Georgetown, South Carolina, in 1855.

Water getting into the cargos of lime carried by the schooner Renown in 1810, the schooner Colonel Crocket in 1838, and the sloop Visiter in 1854, was the official cause of the loss of each of those vessels. The chemical reaction between the water and lime created so much heat that the vessels actually took fire and were destroyed.

Fire accidentally getting into the powder room of the United States Revenue schooner Gallatin was the probable cause of her loss when she blew up in Charleston Harbor in 1813.

The simple overturning of a pitch pot set fire and destroyed the ship Grenada Packet at Savannah in 1794.

The very design of a vessel was sometimes cited as the cause for the loss. That was certainly the case for two schooner rigged gunboats which were lost less than five months apart in 1811. The first was United States gunboat #157, which was wrecked off Charleston with the loss of 13 lives. The second was United States gunboat #2, which wrecked off Cumberland Island, Georgia, drowning 35 men. The contemporary newspapers severely criticized their design, calling them “wretched machines” and saying they consigned “our unfortunate seamen to certain death and disgrace.” They quoted a sailor as saying “Would to God that those (who designed the vessels) were compelled to man these boats themselves.”

Boiler explosions, water spouts, lightning, hurricanes, collisions, and insurance fraud, have all claimed more ships than pirates ever did.

As stated earlier, the primary cause of shipwrecks is running aground. However that doesn’t mean that all of them are lost within swimming distance of the beach (although thousands are). Some of the shoals of the United East Coast are sand bars located miles from shore with deeper water on all sides. Vessels can usually pass with safety on either side of them. But, when they don’t know they are there, they can easily doom a ship.

The Georgiana, drew 14′ of water, and was described as the most powerful Confederate cruiser then afloat, but her guns didn’t help her when she ran aground at low tide a mile from shore. The Georgianathen became an artificial shoal. In barely over a year, three other blockade runners were lost by striking it, with one, the Mary Bowers plowing through and sitting on top of the first wreck.

Sit down with a modern coastal chart, look for sand bars and reefs lying along shipping routes, especially near the entrances to ports. That is where you will find the most wrecks. In some areas, there will be so many that the wreckage from one is intermingled with that of the next.

To learn more about shipwrecks, join and support the Sea Research Society. 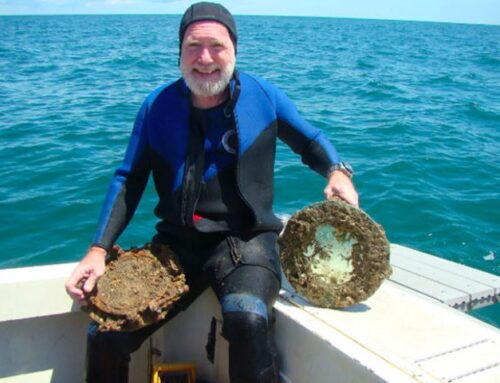 Discovered: The US Steamer Ozama Gallery

Discovered: The US Steamer Ozama 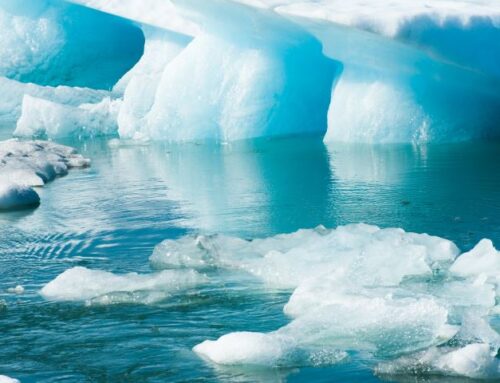